The Call to Repentance

The role of repentance can be seen in every revival movement in history. One such revival happened in Romania in the 1970s. Christians were once ridiculed as “Repenters” by their fellow countrymen, based on the emphasis given to repentance as being essential to conversion. There was a church in the town of Oradea, which had been languishing for a long time. Then God called a godly pastor to the area who was deeply committed to prayer. He began to preach on the theme, “The Repenters Must Repent!”

God began to move in their hearts, and the Christians entered into a “covenant of repentance.” Read More

Your District Advisory Council affirmed that the number one priority for the NEO District for this year is corporate and individual repentance. That is also the heart of many church leaders around the world. “The Return” is a call for 120 cities and 120 thousand believers to be a part of a Global Upper Room and pray, fast and wait on the Lord for 10 days, Sept. 19–28. During 10 days of a Global Upper Room, they are asking participants to:

(2) Devote yourself to prayer with other believers

(3) Fasting from food on some level

(4) Fast from Social Media and Entertainment

On Saturday, Sept. 26 there will be a massive gathering on the Mall in Washington D.C. and a simulcast. There are a multitude of resources, flyers, instructions, emails and videos available HERE. May NEO Churches of the Nazarene lead the way in humbling ourselves before God and turning from our sins so God can forgive us and heal our land.

In the Global Covid-19 Response, your church has sponsored 192 projects in 78 world areas (395 Districts). $1.6 million dollars of aid has been distributed! Thanks be to God.

One of the largest explosions in recent history has devastated Beirut, the capital of Lebanon. Hundreds have been killed, and as many as 300,000 people are homeless. In a country that was already in a crippling economic crisis, the impact is overwhelming. Two Nazarene crisis teams have already been mobilized to help those who are the most in need. The Nazarene church is serving the most vulnerable in the community, including those living as refugees and families in low-income neighborhoods, by cleaning broken glass and debris, helping with urgent transportation needs, and continuing ongoing food distributions. The needs are still great, and a long-term commitment is needed to help families survive the effect of the blast and economic crisis.

Thanks for your giving! 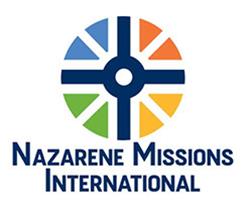 The 5 Areas of Impact

Since August has five Sundays, you could emphasis one area each Sunday. Have a mission moment each Sunday and talk about one of these areas. If your church prints bulletins, you could ask if you could include a little piece about one of the areas. Be creative and think outside of the box — let’s emphasize the five areas of missions in August.

Our Kids Mission Day will look a little different this year. Our missionaries, David & Naomi Phillips, will be coming to each church via video presentation. Be watching for more details.

We are always sad when we lose co-laborers on the NEO District. Sunday we had three resignations:

We thank these pastors and spouses and pray God’s best for them and the churches they served during this time of transition.

We appreciate so much the support of our churches in providing sabbaticals for our pastors. Pastor Ronnie Baker, Tulsa Audacity, just completed a sabbatical and Pastor Casey Hollingsworth, Miami New Life, will begin one in September.

After meeting and consulting with the Skiatook church board, I have appointed Danial and Carly Karnes as co-pastors alongside Pastor Jesse Madafferi. This will be a year of transition for the Skiatook Church as the Madafferis prepare for retirement.

Cushing Church has a new Director of Family Ministries, Ben Finkbeiner. Ben, Alycia and their 5 kids (number 6 is on the way!) have moved in and are helping begin new ministries in Cushing.

Bristow Fellowship Church has provided major improvements to their parsonage – flooring, painting interior walls, new roof and appliances – as they prepare to call a new pastor.